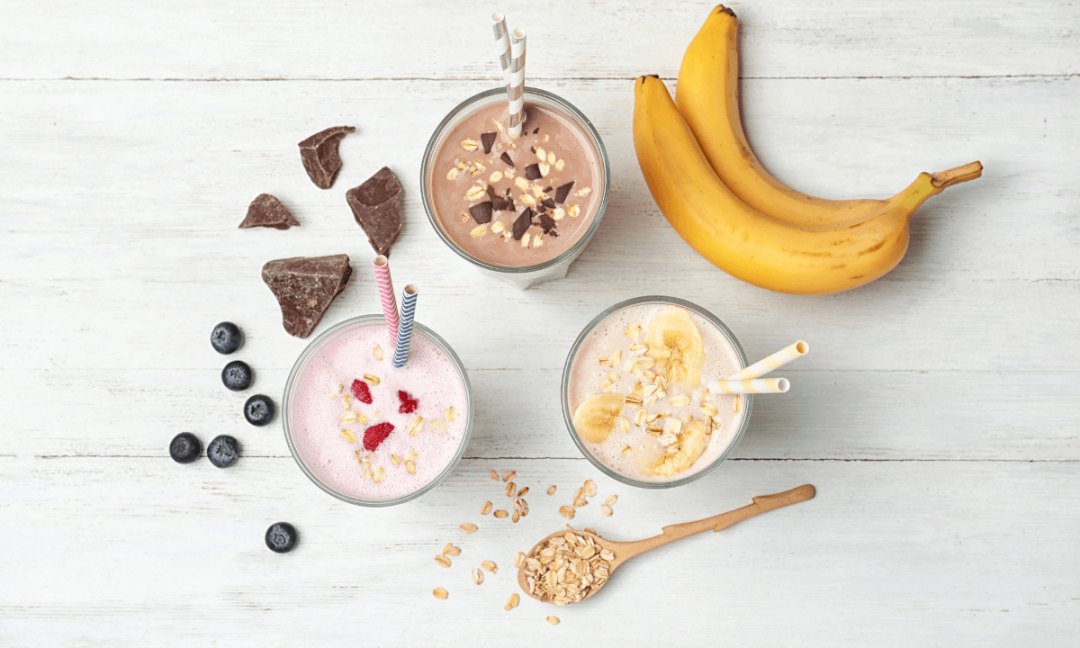 The satiety-enhancing effect of dairy proteins

Of all the nutrients available in food, proteins are known for having an effect on satiety. Several studies (in vitro, in vivo, and clinical) have shown that proteins modulate satiety signals, and therefore the feeling of hunger.

Dairy proteins are no exception to this positive reputation with regard to satiety and are even among the most extensively researched proteins. Furthermore, epidemiologists often emphasise the satiety-enhancing effect of dairy proteins to explain the correlation between high dairy intake and the reduced risk of type 2 diabetes/metabolic syndrome.

Scientific studies have suggested several mechanisms to explain the satiety-inducing effect of dairy proteins. The first mechanism comes from the amino acids themselves, and broadly explains why proteins have an effect on satiety. First, the brain can detect the level of amino acids circulating and generate satiety signals depending on those levels 3. Considering that branched-chain amino acids (BCAAs) can be used as fuel by the brain, these amino acids – which are abundant in whey protein – trigger a satiety signal. Secondly, tryptophan and tyrosine are used to produce several neurotransmitters (notably serotonin and catecholamines), which are important in regulating food intake 4.

The second mechanism, specific to milk proteins, comes from their ability to generate bioactive peptides once they have been digested. It is the combined action of digestive enzymes, but also probably of the intestinal microbiota, that produces these peptides. At least 26 peptides have been found in milk proteins 4. Hence, casein-derived β-casomorphins directly influence gastrointestinal motility (the body’s ability to move food along the intestine), insulin release and food intake 9. Αlpha-lactorphin, derived from whey protein, has similar effects 8.

These bioactive peptides act on satiety through interaction with satiety hormones. It is well documented that bioactive peptides derived from casein and whey protein stimulate the release of cholecystokinin (CCK) 6,10, a hormone known to affect food intake and satiety 14.

Bioactive peptides stimulate the release of cholecystokinin, a hormone known to affect food intake and satiety.

Interactions between bioactive peptides and incretins

Research has also shown the action of bioactive peptides on the release of incretins, namely glucagon-like-peptide-1 (GLP-1) and glucagon inhibitory peptide (GIP). These two hormones, released by the intestine when the alimentary bolus passes through, increase insulin production in the pancreas. In this way, the body receives a greater ‘end-of-meal’ signal, leading to a more pronounced feeling of satiety 11. In addition to stimulating the release of these hormones, bioactive peptides could also prolong their half-life by inhibiting dipeptidyl peptidase-4 (DPP4), which is responsible for the breakdown of incretins. The tripeptide Ile-Pro-Ala, derived from whey proteins, has been recognised as a DPP4 inhibitor 15.

It should be emphasised that it is the unique combination of amino acids within bioactive peptides that leads to the release of satiety-inducing hormones; the same amino acids, independent of each other, do not have this effect. For example, branched-chain amino acids (BCAAs) do not have the same effect on glucagon inhibitory peptide (GIP) production, as a drink containing whey proteins; whey proteins lead to an increase in GIP production, whereas isolated BCAAs have no impact 13. 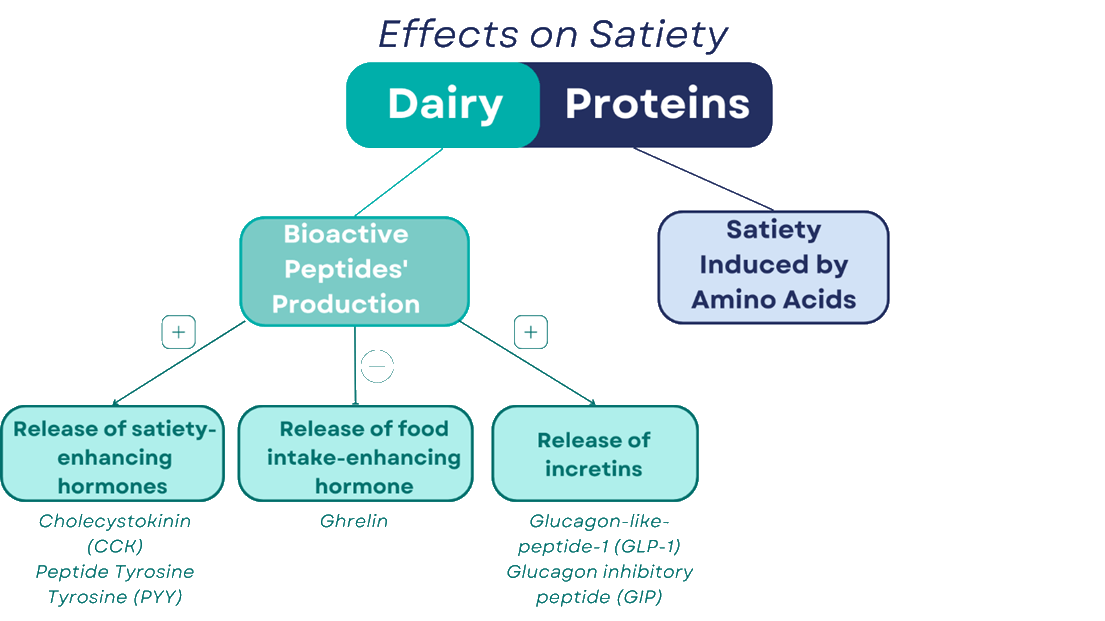 Casein vs Whey Proteins: a matter of time

With regard to the satiety-enhancing effects, the difference between caseins and whey proteins is time related. Whey proteins act in the short term: consuming 45g – 50g of whey proteins reduces food intake during a meal consumed between 30 min and 90 min after ingesting the proteins 2. Casein, on the other hand, is effective for meals eaten about 3 hours after ingestion 12.  These results are consistent with the different digestibility speeds for the two types of protein, and above all show the complementarity of these two types of milk protein.

Casein and whey protein are equally effective in influencing satiety; however, they do not do so in the same time frame.

On a mechanistic level, the time-related differences were also confirmed with the release of GLP-1, one of the main satiety-inducing hormones. While one clinical study showed that GLP-1 release was significantly higher three hours after a meal with whey protein than with casein 10, other studies showed that GLP-1 release was maintained over a longer period following casein consumption 5,7. These results confirm that casein and whey protein are equally effective in influencing satiety; however, they do not do so in the same time frame.

Scientific studies also point out the complementary nature of casein and whey proteins, which should not be compared: both types of protein have a satiety-inducing effect, but with a different time frame. This difference can therefore be used to create different products to induce satiety over a longer or shorter period of time, depending on the consumer’s needs.

At the heart of nutrition, innovation and food transition, FOODINNOV and all its engineers support food industry players in the development of new products. FOODINNOV provides efficient and relevant insights with scientific and regulatory expertise combined with development and industrialisation know-how to transform an innovative idea into an industrial success.